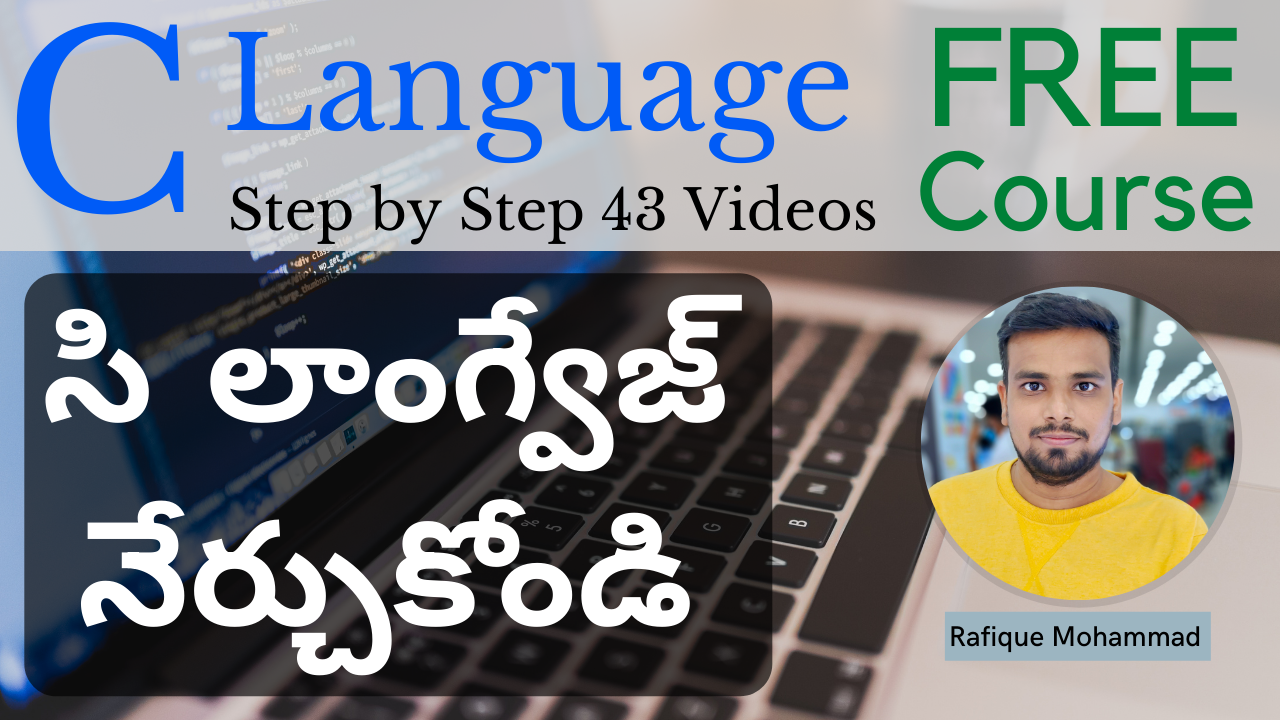 C is a general-purpose, procedural computer programming language. It was initially developed by Dennis Ritchie in the year 1972. It was mainly developed as a system programming language to write an operating system. The main features of C language include low-level access to memory, a simple set of keywords, and clean style, these features make C language suitable for system programmings like an operating system or compiler development.

Line 2: int main(void) There must to be starting point from where execution of compiled C program begins. In C, the execution typically begins with first line of main(). The void written in brackets indicates that the main doesnâ€™t take any parameter (See this for more details). main() can be written to take parameters also. We will be covering that in future posts. The int written before main indicates return type of main(). The value returned by main indicates status of program termination. See this post for more details on return type.

Line 3: { to } In C language, a pair of curly brackets define a scope and mainly used in functions and control statements like if, else, loops. All functions must start and end with curly brackets.

Line 4: printf("Hello Telugu Computer World!"); printf() is a standard library function to print something on standard output. The semicolon at the end of printf indicates line termination. In C, semicolon is always used to indicate end of statement.

Line 5: return 0; The return statement returns the value from main(). The returned value may be used by operating system to know termination status of your program. The value 0 typically means successful termination.

Note: To Understand C Language step by step, watch the above tutorial video.